Home > Ask Our Experts > Can a Website Advertise Items as In Stock When They are Not?

Can a Website Advertise Items as In Stock When They are Not? 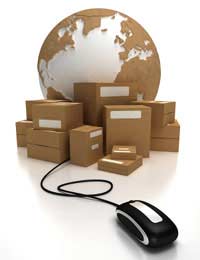 Is it ok for websites to advertise items as 'in stock' when in fact they are not?

For example, I ordered an item from an online store that claimed to be 'in stock' with a delivery lead time of approximately 5 days, or the option to pay extra to get it the next day. Two weeks later, I have not received the item or a notification from them. They claim the item did not state that it was in stock and that they have to order it and it would arrive in a further 3 weeks!

They are still advertising the item as 'IN STOCK' on the website.

I can understand your frustration with this, but in reality this happens all the time. Somewhere on the website there is likely to be a set of terms and conditions that states that the store cannot guarantee availability of any particular item, and that ordering from them does not necessarily mean that the item is in stock. For example, it may have been that there were four in stock when you put the order in, but someone else could have submitted an order for all four items thirty seconds before your order arrived. Remember that retailers rely on wholesalers, importers, distributors and other third parties – but that it is the retailer who is at the front end, dealing with disgruntled customers.

How a Retailer Could be at Fault

There are, however, ways in which retailers could be breaking industry codes of practice and/or the law. The first is if they advertised something for X price and when you go to pay it is in fact a higher price than advertised (which is misleading advertising and would be problematic in terms of the Advertising Standards Authority). The second scenario is if they took payment from you, knowing that they didn’t have the item in stock, weren’t intending to try to get the item for you and were purely trying to hold onto your money (until such time as you demanded it back.) The offence here would be one of fraud but in practice proving that this was the intention of the retailer at the time they took the money from you would be almost impossible.

Thirdly if a retailer took money from you knowing that you required an item for a particular purpose/event, and then failed to deliver within the timescale you may have a cause of action for breach of contract. For example, if I ordered helium canisters for a child’s birthday party and the retailer, knowing that I needed them for a specific date, failed to deliver them in time, I would be entitled to a refund and would also claim compensation for the loss (I parted with money on the basis of the retailer’s promise.)

If the website has taken your money but not delivered the item, (and you can get the item elsewhere) ask for your money back. Legally, sellers must deliver goods within a ‘reasonable’ amount of time. In practice, however, if you write a letter of complaint you are likely to be told that wholesalers/distributors etc are at fault and that the company’s hands are tied. I hope this clarifies the situation for you.

Received Invoice for Goods Advertised as Free: What are My Rights?

Swine Flu and FCO Advice Not to Travel: Do I Get a Refund?

Legally, Can I Keep the Second Laptop?