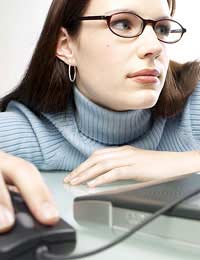 When selling online in the UK, once a purchase is made both buyer and consumer will have entered into a legally binding contract that is enforced by a number of parliamentary acts and regulations.

Hundreds of thousands of these contracts are formed and concluded online every day without any trouble. However, inevitably there are a few cases whereby either the consumer or trader feels that the other party has breached the terms of the contract, and therefore a legal dispute or settlement may be sought. So when exactly should this happen, and what are some of the most common causes of dispute between trader and consumer in online sales?

Cancelling and Changing Your Mind

When buying online, consumers are protected by the same rights as high street shoppers. However, online consumers are protected by more regulations in the absence of a bricks-and-mortar business and face-to-face contact. One pertinent example of this extra protection is the Distance Selling Regulations, under which consumers have the right to what is commonly referred to as the 7 day cooling off period. During this time they retain the right to cancel their order and receive a full refund. It is also worth noting that the Regulations also allow for online sellers to state their conditions and the procedures that need to be followed in order to make a withdrawal from the contract, but these must be provided to the consumer.

There are a few instances when this cooling off period and the consumer’s right to cancel does not apply to the contract. This includes cases where goods have been personalised or made to the customer’s specification and perishable goods such as flowers or food. Other instances that are not included include DVDs, CDs or tapes with software, video or audio that have had their seals broken. In these cases the consumer will not be entitled to a refund or compensation.

Under UK law, a seller is obliged to provide goods that are of ‘satisfactory quality’, ‘as described’ and ‘fit for purpose’. Very occasionally, a faulty item that does not meet these criteria may reach the consumer. In these circumstances it falls to the seller - not the manufacturer - to offer a repair, replacement or compensation.

Dealing with a Dispute

The first course of action any consumer should take in settling a dispute is to contact the seller directly to try and resolve the problems. It is best to put the complaint in writing, and to keep a copy for your records. If any consumer feels that they need some legal advice, one option is to contact a local branch of the Citizen’s Advice Bureau (CAB). Many traders and suppliers have internal complaints procedures that should be fully exhausted before taking the complaint any further.

If your seller is overseas but within the EU, you may be covered by many of the rights that fall under UK legislation. However, be mindful that if the seller is based in a non-EU country, it could be considerably more difficult to resolve the dispute. In these cases you should start by reading the contact (terms and conditions) thoroughly and seeking some legal advice.

If the dispute can’t be settled in this way, then there are still some other possibilities that can be undertaken. It is worth noting that traders, sellers and suppliers may belong to a trade association or regulatory body, both of which can be contacted as part of the complaint process.

If you would rather not go through a court, a less costly and more informal scheme known as Alternative Dispute Resolution (ADR) has been set up. However, this is seen as an alternative only when all avenues with the supplier or manufacturer have proven unresolved, and you should think seriously before you begin these proceedings. ADR doesn’t involve face-to-face contact with the opponent, instead it utilises records, correspondence and photographs relating to the complaint to resolve the dispute. The ADR process is not always binding, so if your claim is under £5,000 you may be able to undertake the Small Claims Track, a settlement process that is backed by the courts.

Another alternative to resolving a dispute is going through an Ombudsmen Scheme. An ombudsman is someone who basically acts as a mediator or referee between the two parties. It is worth noting that any suggestions made to resolve the dispute by an ombudsman are not legally binding, and court action can still be sought if one of the parties will not abide by the recommendation made.

How PayPal and Worldpay Work

Selling Online: Forming and Concluding a Contract with Your Buyer

Quick Seller's Guide to Providing Safe E-Commerce
Share Your Story, Join the Discussion or Seek Advice..
[Add a Comment]
Yesterday I ordered a games console bundle from Zavvi using a legitimate discount code which Zavvi accepted. They accepted the order and took payment. 24 hours later, I receive an email stating the order had been cancelled, no explanation nothing and funds would be transferred back into my account. Surly they cannot pull out of the deal after accepting the order and taking payment? I am absolutely appalled by this and for the sake of a £40 saving they are prepared to not only lose a sale, but potential future custom too!
Saxy - 12-Nov-15 @ 9:27 PM
@SB. A solicitor would be your most realist help here. We're surprised eBay hasn't helped further though.
OnlineShoppingRights - 9-Mar-15 @ 2:26 PM
I was conned on ebay by a seller on 12.02.15.This product was being auctioned on ebay, which he said I could 'buy it Now'. He was able to send me an order confirmation email to my id only known to ebay. Also he sent me a link which claimed to be the link to payment protection programme of the ebay on which there were bank details where I should transfer the money. I was told that money would stay there for 15 days if I changed my mind.. I made the transfer, and called on the chat link provided by them- where I was assured that money was received and goods would be dispatched.Still not convinced I called on the ebay callback scheme where I was told that the whole transaction was out of ebay and a fraud. I ran from bank to bank but nothing happened. I also lodged a police complaint and forwarded the NFRC number to banks. All that I know is an email trail of 25 emails with the conman, some photographs of product and bank details where the money has gone. I have lost 1700 pounds and I want it back. What are the avenues? Beneficiery bank has declined to give details of this account. Ebay has washed off its hands , I am feeling helpless here. What sort of legal action can I take? Can someone help please?many thanks.
SB - 5-Mar-15 @ 2:26 PM
@Sunflower. No you cannot get it the displayed price but you do have the right not to be it of course. See our article here for more information.
OnlineShoppingRights - 3-Dec-14 @ 2:23 PM
Next is advertising online a boys zip up hoody for £15 but I could not get the sale to go through.On ringing Next they say it is £22 but it is still showing as £15.am I entitled to get it at the price advertised?
Sunflower - 30-Nov-14 @ 9:39 PM
Title:
(never shown)
Firstname:
(never shown)
Surname:
(never shown)
Email:
(never shown)
Nickname:
(shown)
Comment:
Validate: