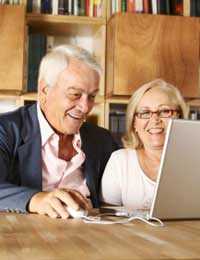 Whoever said 'knowledge is power' certainly had the right idea. Whether a novice Internet shopper venturing into previously unknown territory, or a seasoned shopping pro, it's always worth your while having even just a fundamental understanding about your online consumer rights.

Internet shopping is not exactly a minefield, and in a worst-case scenario it's highly unlikely that consumers will find themselves having to constantly safeguard against a barrage of criminal activity. But on a rare occasion, a consumer may find themselves in a dispute with a seller of online products. Issues that may arise when shopping online include challenging the cost of a return or unfair charges, or complaints about the quality of product received. In instances such as these, it's always worth having knowledge of your legal standpoint and knowing when there has actually been an infringement on your consumer rights.

The Sale of Goods Act covers all products purchased, whether by mail order, online or on the high street. The basis of the act outlines the fact that traders are legally obliged to conform to a contract. This contract states that sellers must sell goods that are 'fit for purpose', 'as described' and 'of satisfactory quality'. So if you've bought something from the Internet in the UK, and you believe that it doesn't fit the description, or isn't up to scratch, then as a consumer you're within your rights to claim either a repair, request a replacement item, or even in some cases request compensation.

There are other relevant and associated regulations that have been created in the years since the Sale of Goods Act was first introduced. These include the Supply of Goods and Services Act 1982, Sale of and Goods Act 1994, and its most recent relation, the Sale and Supply of Goods to Consumers Regulations 2002. The basis of these regulations remains the same, but there are a few points that prove advantageous to consumers.

You should also never allow a seller to forgo all responsibility with a faulty item. The Sale of Goods Act states that it's the seller and not the manufacturer who is liable for goods that don't conform to the aforementioned contract. If the goods don't conform to the contract at the time of sale, then the purchaser is also within their rights to request their money back within a reasonable time. However, there is no set legal parameter for what is considered reasonable time. You should also be aware that if you were told of the faults before you purchased the item, then you are not able to claim a refund.

As a purchaser are also not entitled to a refund if you've simply changed your mind about what you've bought. If you're lucky some shops will, however, refund you as a goodwill gesture in this sort of circumstance.

Distance Selling refers to sales made via mail order, over the telephone, on the Internet or via a digital television- basically where there isn't any face-to-face contact between the seller and the buyer. With the rise of more distance selling, especially online, the Consumer Contract Regulations are now perhaps more relevant to consumers than ever before. The regulations afford consumers with protection to addition to the rights as outlined in the Sale of Goods Act.

The regulations state that the consumer must be given clear information about the goods or services on sale before they buy. Unless they have agreed otherwise, the goods should be delivered within 30 days.

Consumers are also allowed a 7-day cooling off period, during which they can change their mind and withdraw from the 'contract' without giving reason. For services, the 7 working day cooling off period starts after the day the order was originally made. If the services already began within these initial 7 days anyway, then the right to cancel ends when the service begins. In the event of the consumer deciding to cancel, the notification should be made to the supplier, and ideally be done in writing (either via email or letter) and sent to the supplier. The supplier should then refund the consumer within 30 days.

The Distance Selling Regulations are not applicable to the buying of land, although they do apply to land rentals. They also don't cover vending machines or goods and services purchased at an auction where an auctioneer is present. The regulations also aren't applicable to business to business sales. Financial services are covered by an alternative legislation known as Financial Services (Distance Marketing) Regulations.

Since 2002, consumers have also been protected by another piece of legislation known as the E-Commerce Regulations. They basically bring the EC Directive on e-commerce into the realms of UK law. Amongst other things, these regulations ensure that contracts are properly concluded electronically, and that terms and conditions are available in a format that can be printed out and kept by the buyer.

The regulations also make sure that all relevant information purporting to the company, such as bona fide contact details, VAT registration number, and any professional accreditations are made available to the consumer. The consumer should also be provided with clear and accurate information about the goods or services on offer, and whether the price stated includes VAT and the cost of delivery.